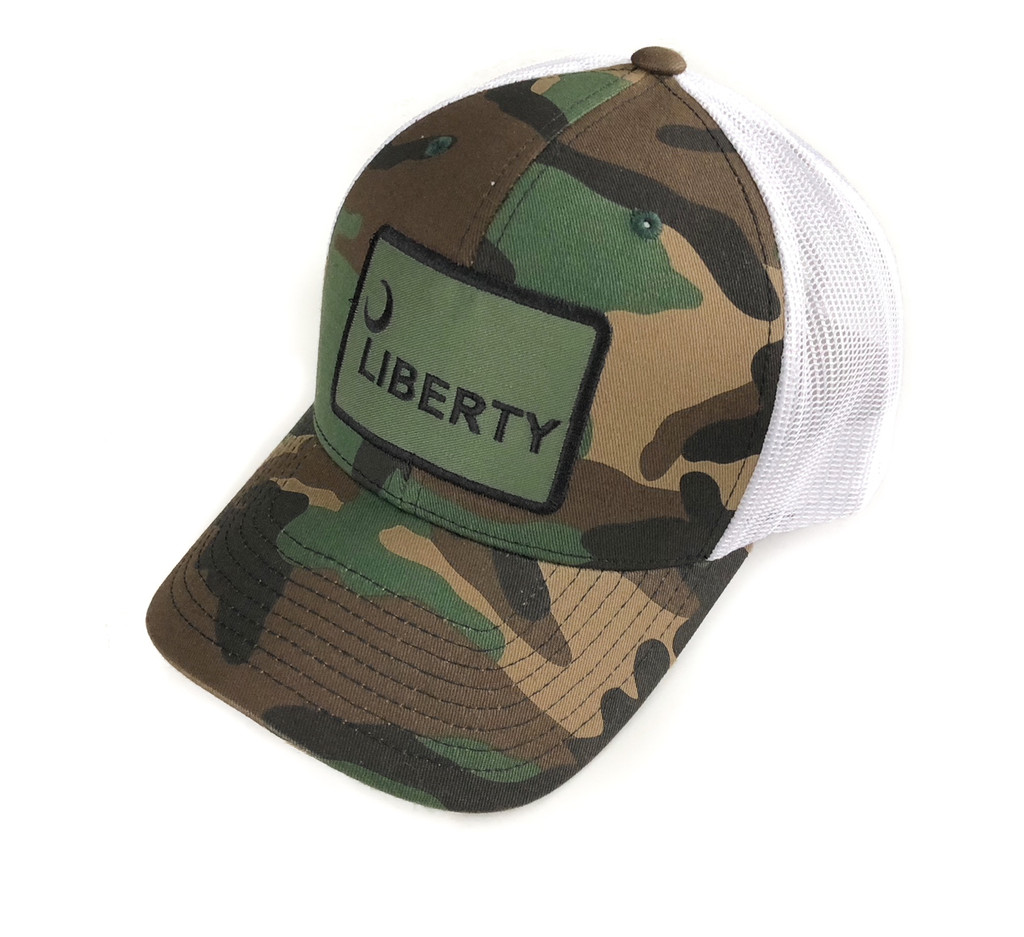 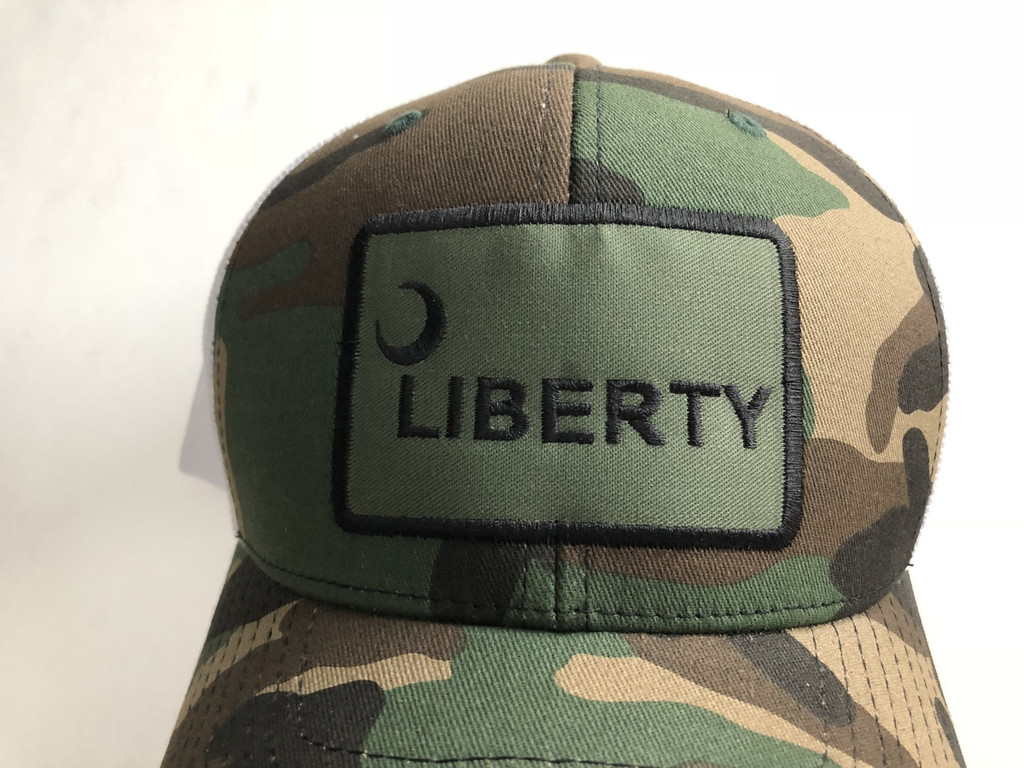 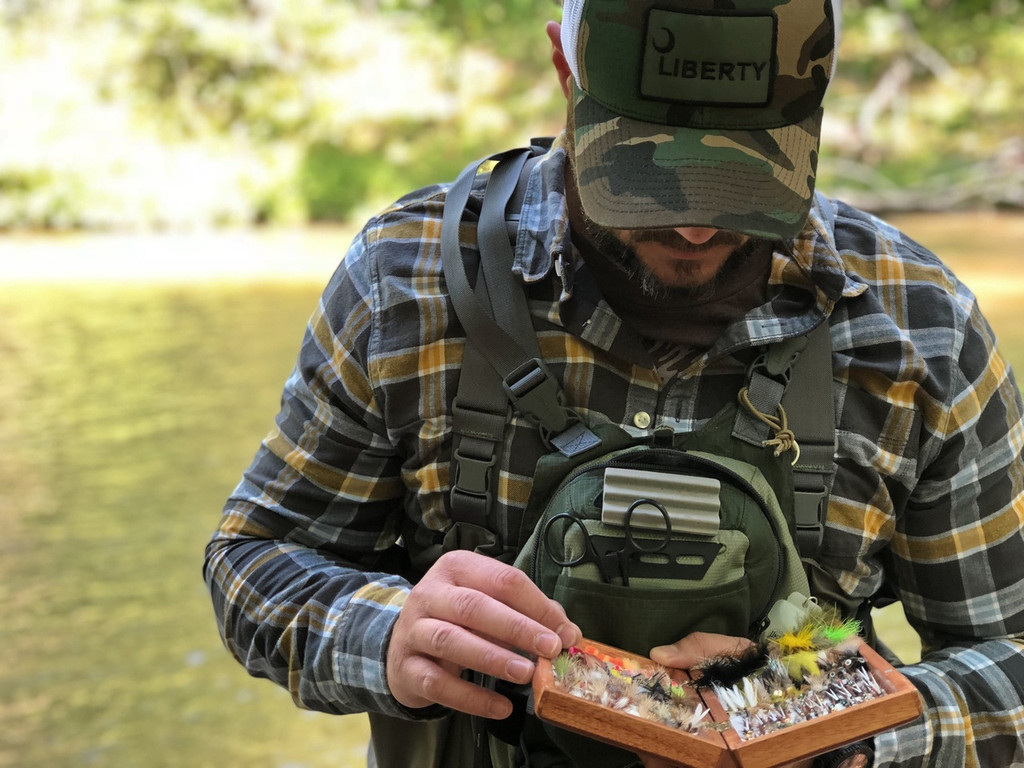 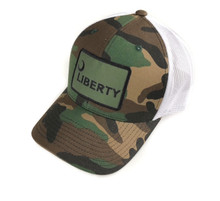 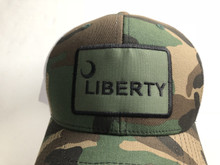 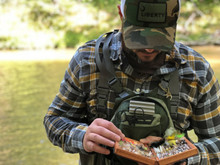 Our popular Liberty Flag hat has returned. This is our take on the famous Moultrie Flag. We've chose to use M81 Woodland and matched the Liberty Flag in tactical olive and black.

A six-panel standard fit with a reinforced crown has a ventilated mesh back to cool you on a hot day.

These hats are structured but have a great profile to fit any size head.