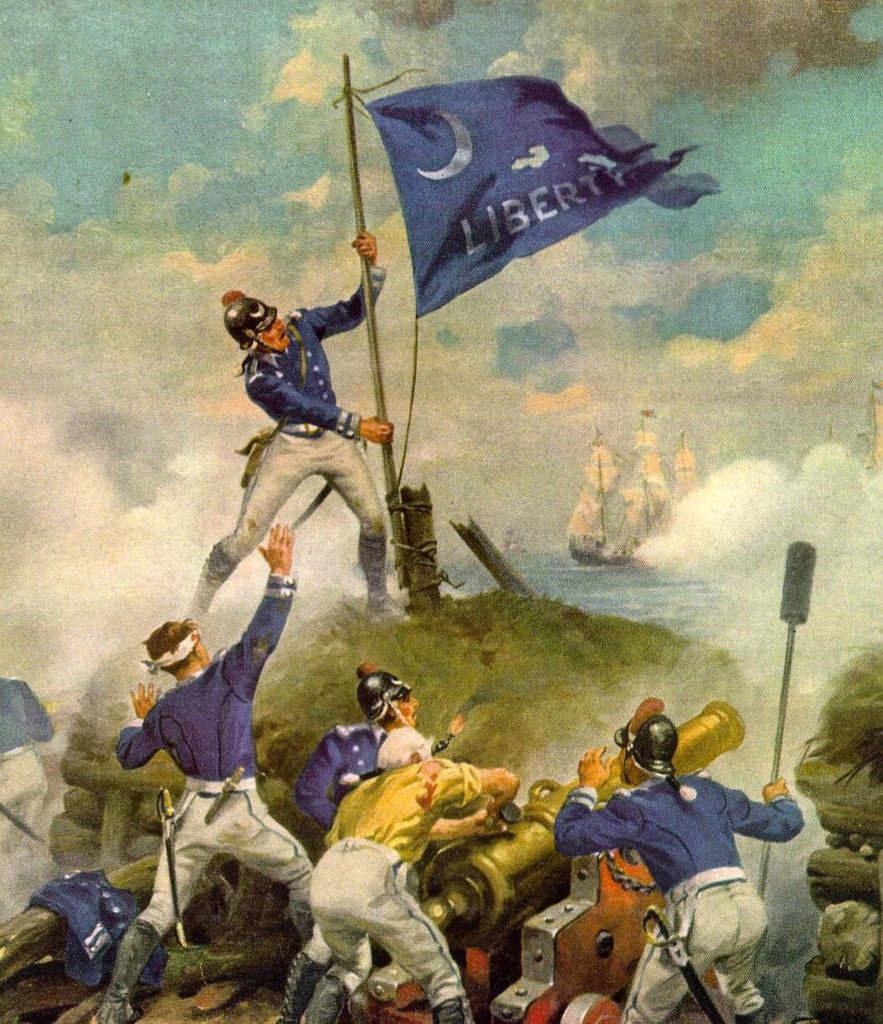 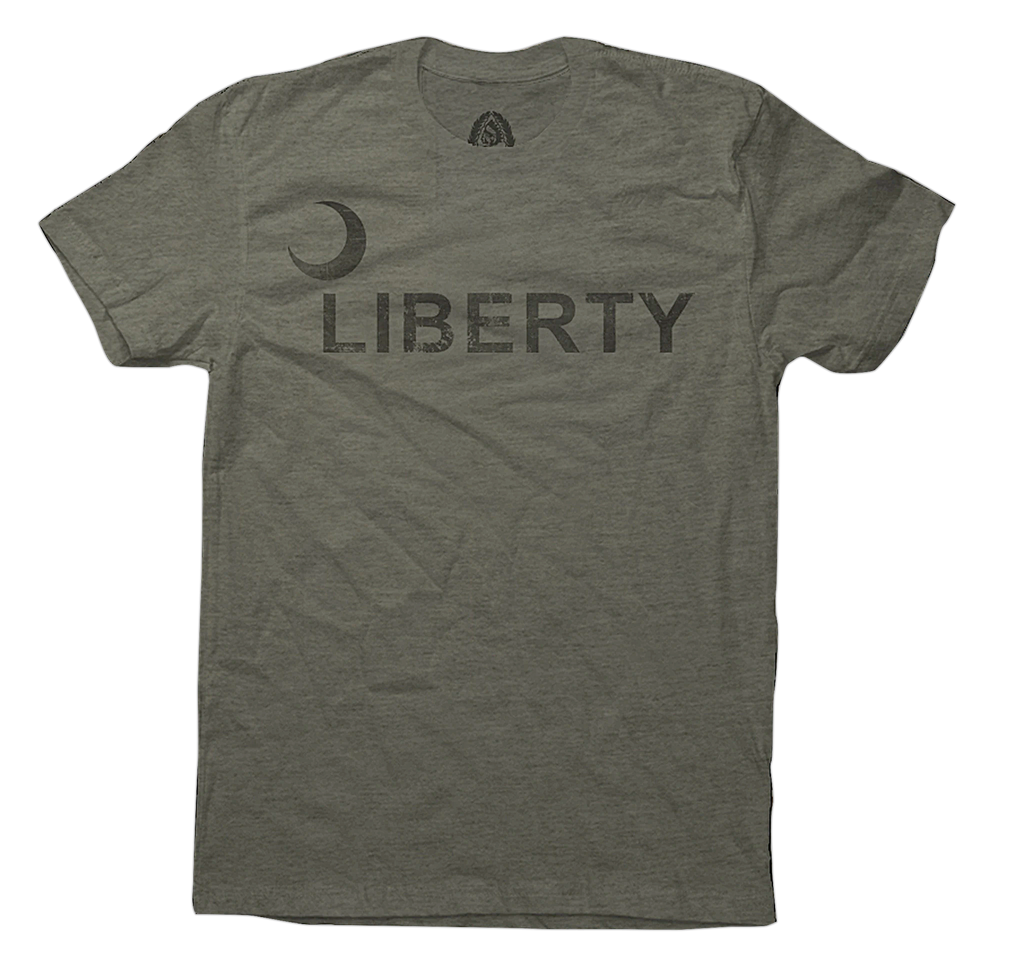 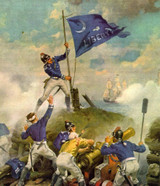 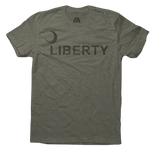 In addition to being the basis for South Carolina's State Flag, it is the official flag of Moultrie County, Illinois.