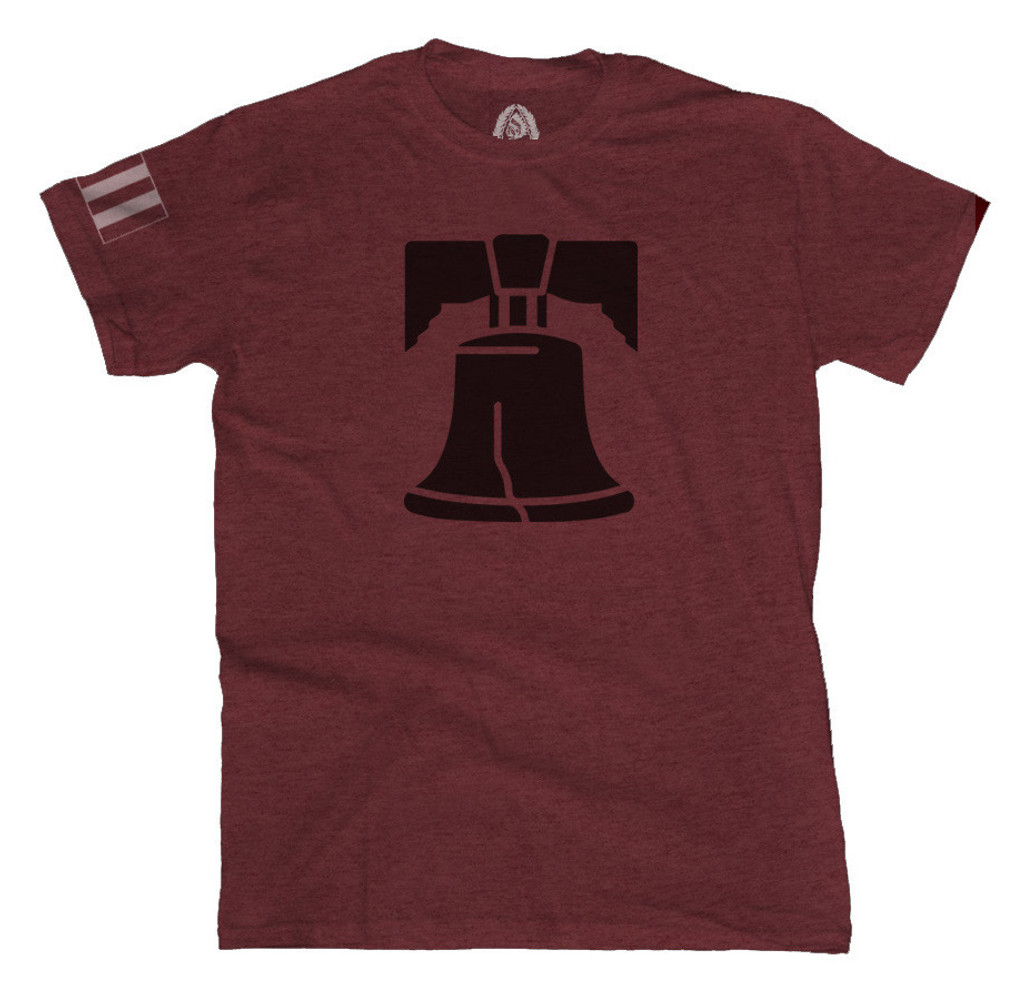 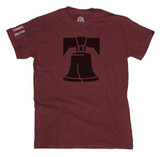 Cardinal with Liberty Bell on front, BSS crest on back, and Rebellious Stripes flag on sleeve 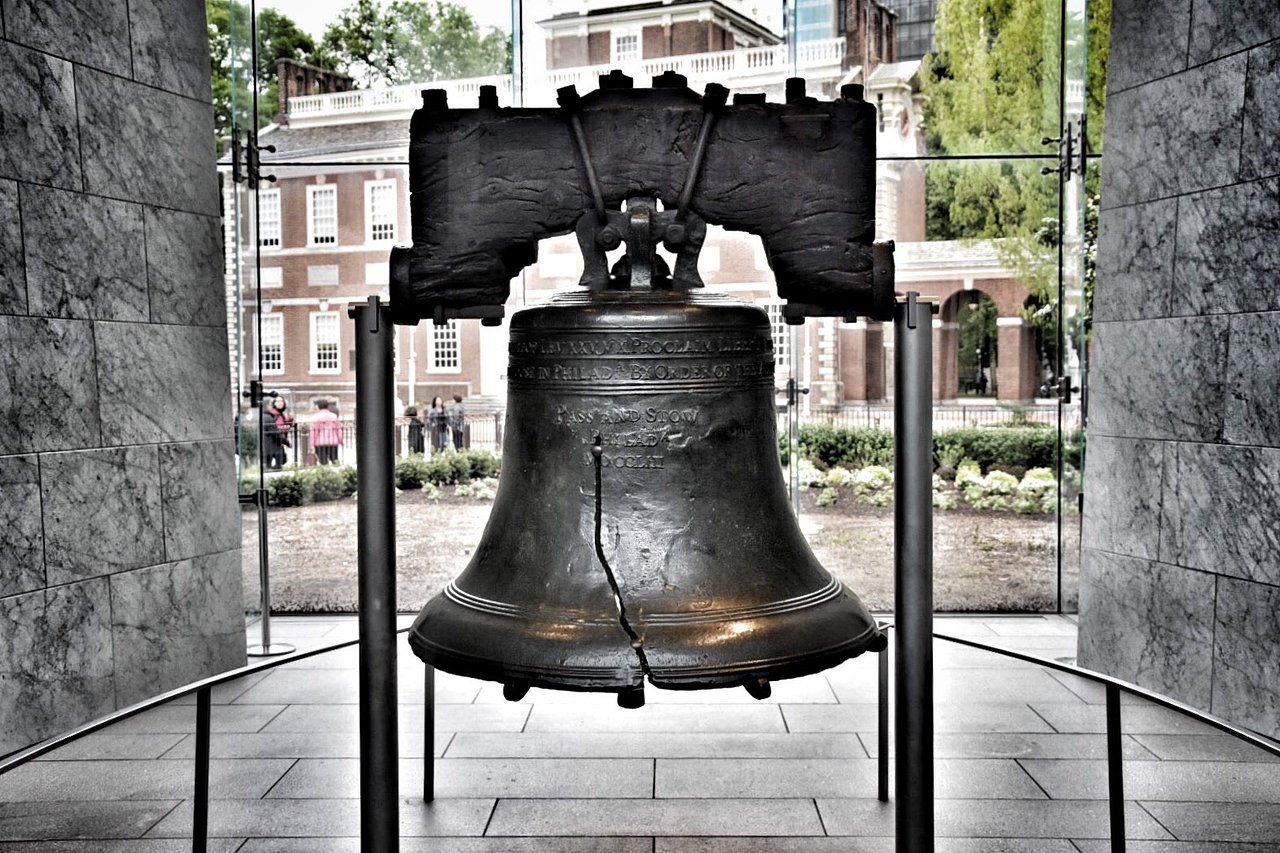 The Liberty Bell is an important and famous symbol of American independence (freedom).

Bells were rung when the Declaration of Independence was read on July 8, 1776. While there is no record that the Liberty Bell also was rung, most historians believe it was rung with the other bells. In the 1830s, the bell was used as a symbol by abolitionist societies, who called it the "Liberty Bell". The bell got its large, well-known crack in the early 19th century. One story claims it was cracked while ringing after the death of Chief Justice John Marshall in 1835. 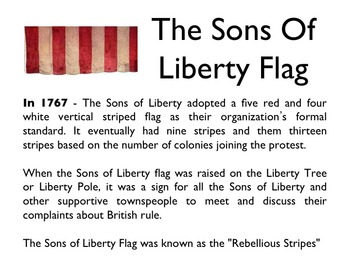 The Sons of Liberty was a revolutionary organization that was founded by Samuel Adams in the Thirteen American Colonies to advance the rights of the European colonists and to fight taxation by the British government. It played a major role in most colonies in battling the Stamp Act in 1765. The group disbanded after the Stamp Act was repealed. However, the name was applied to other local separatist groups during the years preceding the American Revolution.

In popular thought, the Sons of Liberty was a formal underground organization with recognized members and leaders. More likely, the name was an underground term for any men resisting new Crown taxes and laws. The well-known label allowed organizers to make or create anonymous summons to a Liberty Tree, "Liberty Pole", or other public meeting-place. Furthermore, a unifying name helped to promote inter-Colonial efforts against Parliament and the Crown's actions. Their motto became "No taxation without representation."