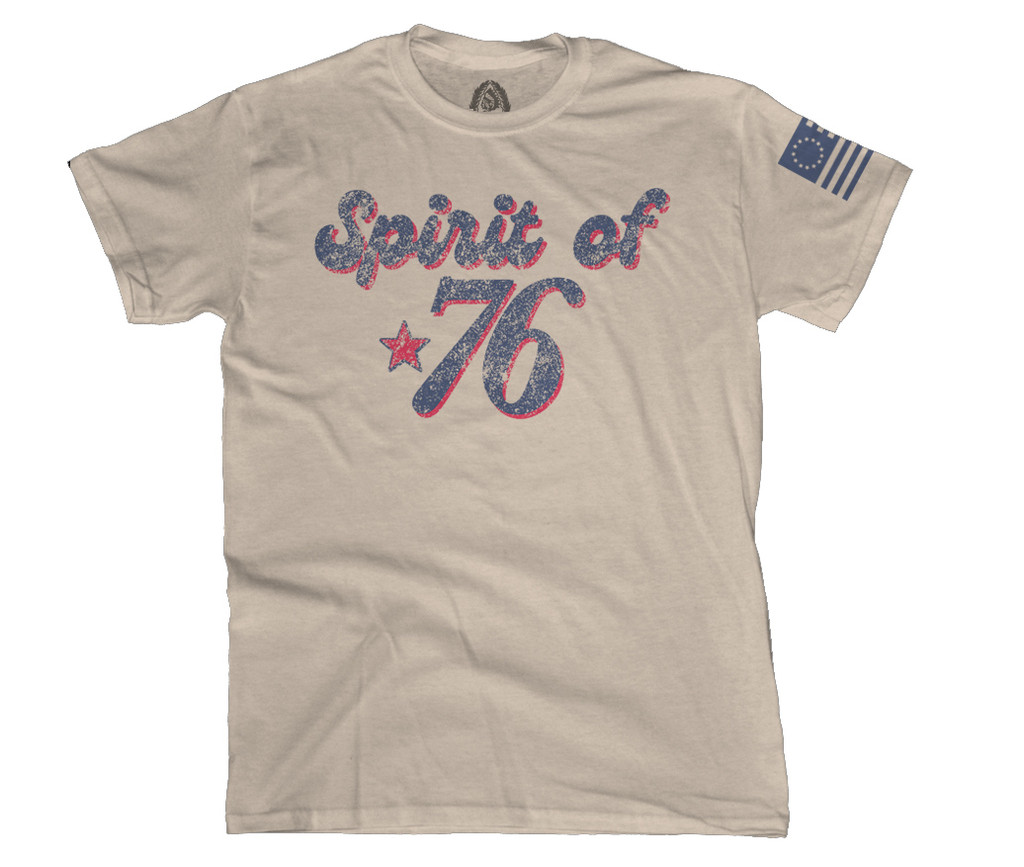 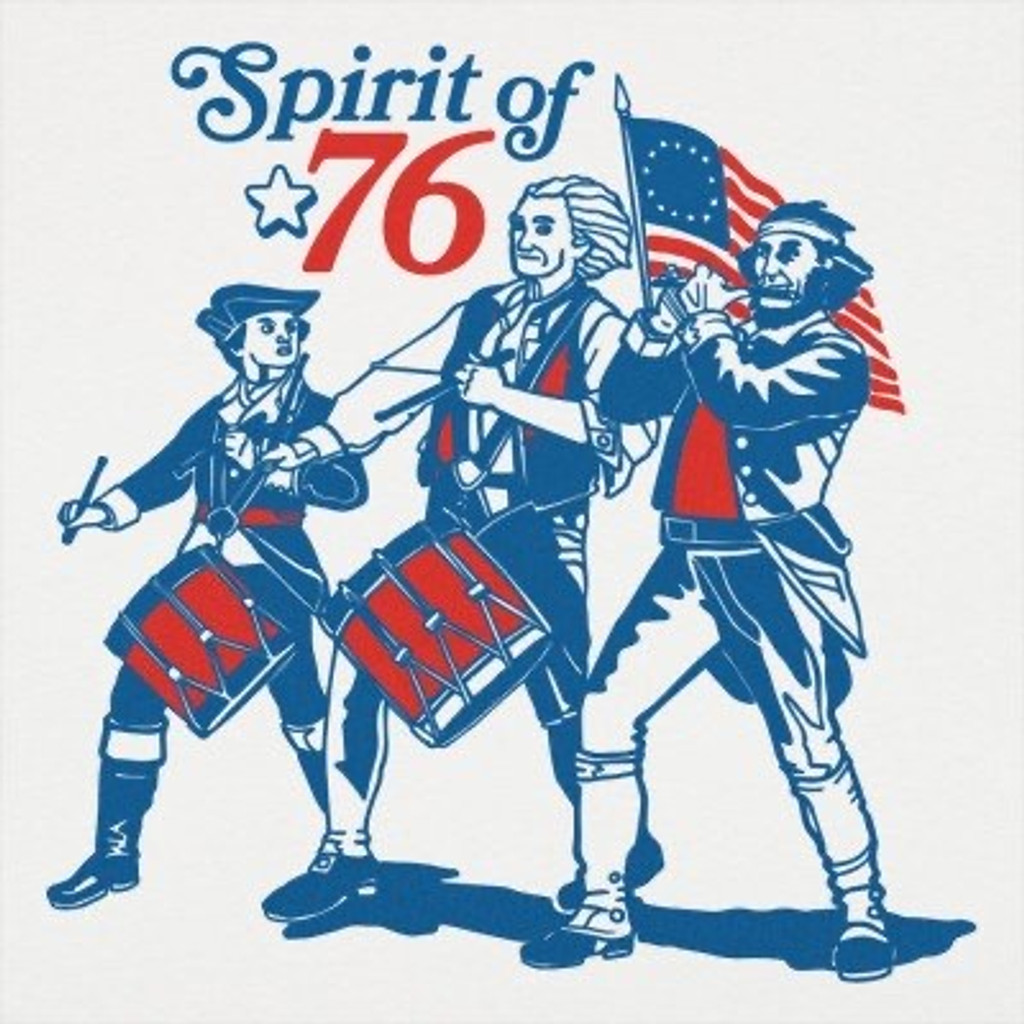 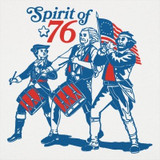 Sand with distressed "Spirit of 76" on front, BSS crest on back, and Betsy ross flag on sleeve

The Spirit of '76 is a sentiment explored by Thomas Jefferson. According to the text published at Monticello, "The principles outlined in the Declaration of Independence promised to lead America—and other nations on the globe—into a new era of freedom. The revolution begun by Americans on July 4, 1776, would never end. It would inspire all peoples living under the burden of oppression and ignorance to open their eyes to the rights of mankind, to overturn the power of tyrants, and to declare the triumph of equality over inequality."

Thomas Jewett wrote that at the time of the American Revolution, there was "an intangible something that is known as the 'Spirit of '76.' This spirit was personified by the beliefs and actions of that almost mythical group known as the Founding Fathers, and is perhaps best exemplified by Thomas Jefferson."